Moving Day
She's being put out to pasture.... Scratchin' the Surface is getting to be an old gal, as blogs go. She's also pretty stuffed, with 500 posts, so she's closing shoppe, turning out the lights, etc.

If you have any interest in hearing what's on her author's heart, you can go here: Life of GRITS. She's still a work in progress, with no defined 'tone', but I'm hoping to keep it light, encouraging and upbeat. Hope to see you there, down in the deep south! 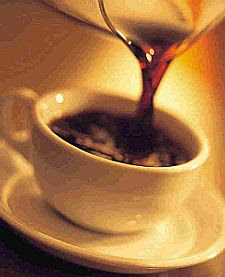 I'm feeling the need for a break from blogging right now. It's seeming to take a lot of effort, and so maybe it's good to take some time off from it. I'm not sure when I'll be back, maybe after a bit of sipping apple cider or coffee with pumpkin creamer, baking cookies, getting some projects off the list, time with family and friends.

When it feels right, I'll be back. In the meantime, enjoy the season - the show put on by our turning leaves is more glorious every day.

Labels: Glimpse of the Heart


DH and I went and saw this after church tonight. G.O. S.E.E. I.T. It was just fabulous, and you don't want to miss it - whether your marriage is fabulous or struggling or somewhere in between. I can't rave about it enough. Bring kleenex, for you and your spouse - it was that good.

I also bought the book referred to in the movie, 'The Love Dare'. I think it's available at Barnes and Noble and Borders for $11.99, and you can also check out the website, www.fireproofmymarriage.com for some great date ideas, hotlines, etc.

I would have seen this even if they weren't serving popcorn!

Sleepovers and Syrup and Broken Bones
We've been planning a slumber party - with our 2 year old grandson - for a few weeks. His parents had an out of state, work required trip planned and we were to have him with us for the first 36 hours, before the second set of grandparents took him away for slumber party, part 2.

The night before Jeremy and Leslie were to fly away, Landon took a spill down a flight of steps. Indoors and carpeted, but still he wailed long and loud. He's right at that 'I Do It M.Y.S.E.L.F.' stage and had gotten pretty good at managing the steps inside his home. Unfortunately his Go Diego Go shoes didn't go quite as fast at the upper part of his body and he took the fast way down. Because he was still using the arm, didnt seem to favor it, etc. they decided it was probably just a bit tender and would be fine.

I dropped them at the airport and our adventure began. We met Papa for lunch, and when Landon took a tumble running down the hall of the office, all the while chanting 'Run, Papa, Run' he seemed more upset than normal.

We decided to go out for pancakes, Landon's dinner request. At the restaurant, when I rolled up his sleeve so he could dip his pancake in syrup he cringed and I could feel his little wrist pop.

We headed home, and Landon played with Dublin and Dan's old dinosaurs while Don and I watched the beginning of the debate. There was a casualty early on in the evening when Dublin chewed up Mr. Farmer from the Fisher Price set that has lived at our house for a good 20 years. 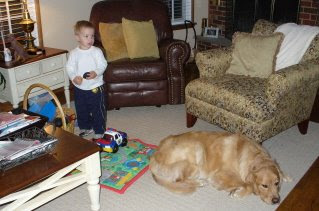 After putting on his sock monkey pajamas, reading a book about horses, lots of snuggles and kisses and prayers, I tucked him in. The list of instructions his momma sent made it easy, and Landon didn't seem to mind that I read the lines as I sang to him. He didn't seem to mind my off-key singing either. 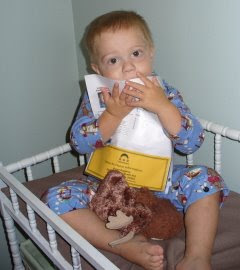 If you add up the sleep he and I got, together, it likely would not equal a good night for one person. He didn't cry. Rather I woke up to "Al-le-lu-wa, Al-le-lu-wa!' coming through the monitor loud and clear at 2:30 am, and "Row Row Row Your Boat' at 4:30 am. He wasn't upset, he just wasn't sleeping and this kid normally could win the sleeping Olympics. When I gently took off his pj top this morning, very slightly pulling on the sleeve, and he winced, I decided he probably should go to Urgent Care, just to be sure.

Six x-rays later, they were sure. He broke two bones in his left wrist. He hadn't favored his arm because his arm didn't hurt, just his wrist. So he has a temporary cast, and a sling, and when you add the runny nose from the cold he woke up with this morning, he looks a bit pitiful. Monday morning Mom and Dad will take him to get a more permanent cast, but this temporary one relieved the pressure on his wrist, and the bear and multiple giant Bob The Builder Stickers didn't hurt either. As soon as the temporary cast was on, he went through the Urgent Care office, giving everyone hugs and even a kiss here and there. Except for the two x-ray technicians who were the source of his pain. He wouldn't even look at them.

We came home and had ice cream for lunch, before Grammy #2 picked him up to take him away for the remainder of the weekend. I feel badly for his Momma and Daddy - it's bound to be hard to be far away when your little one is hurt. Hopefully they'll have an adult version of ice cream, or maybe just ice cream, for lunch today.

So the slumber party started well, the middle was a bit rough, but it had a good ending. Before I shut my eyes tonight, which will be about three hours earlier than normal, I'll be sending up a prayer for a little boy, his other grammy and his parents too - five years from now it'll make for a good story, but right now we all feel much like I remember feeling, after slumber parties when I was about thirteen years old, and we stayed up the whole live-long night, freezing each others' bras, and playing Quiji board or calling all the boys in our class and hanging up when they answered the phone. I did take his photo because of course everyone needs to capture on film their first slumber party broken bone! 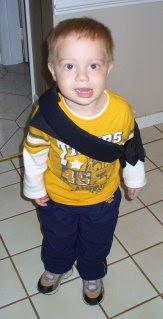 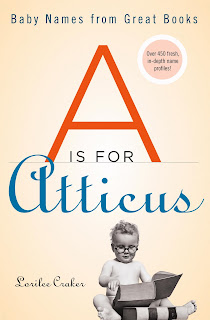 I'm over here today, at Five Minutes for books, talking about fun names for new babies or puppies or kittens or guppies or your car or whatever floats your boat.
A is for Atticus by Lorilee Craker is a really unique, fun approach to choosing names (or avoiding those really awful ones which some of my uncles ended up with!). Come see me here and I'll tell you my favorite and least favorite names, and why this would be a great gift for a newly expecting couple. I'm saving my copy to give to my son and daughter-in-law someday. Who knows, maybe they'll notice the ones I highlighted....

Last week we had the happy occurrence of taking our older dog, Elway to the vet to check out his rear end. Without giving you TMI it is less than normal, and $144 later we had some very expensive antibiotics, some steroids and some nice little wipes. I was particularly thrilled to take home the wipes, knowing who got to administer them.

My life, it's nothing if not glamorous.

Lately I've noticed that this same dog, who has in ten years run up enough vet bills to repurchase him 20 times over, seemed to be drinking an awful lot of water. Shoving his face into the bowl and taking big gulps til I'd order him to stop. And of course I'd say it in a lovely, sweet, soft voice.

In spite of the fact that the pet accrual appears red when I pull up our online budgeting tool, I scheduled another vet appointment. It makes perfect sense to slide grocery money or life insurance or Christmas shopping or whatever over to the pet accrual, again. So that's what I did then I phoned, and was given another appointment.

Today Elway and I went to see Dr. Bush, who is always calm, and very nondescript, which does make it easier to discuss the dog's rear end, etc. when the need arises. They did bloodwork that cost more than I thought it would cost to check my blood. It came back normal. They checked organ function and we're not talking the type that chimes out 'Rock of Ages' across the neighborhood at the end of the day. Organ function was just fine. They needed to do a urine check and asked for the leash, to take him for a walk outside, hoping he'd cooperate.

So home we went, after paying the bill, me with visions of sliding yet more line items over the again red pet accrual. And with orders to get a urine specimen sometime today and run it back to their office.

I didn't have the guts to ask how to go about it.

Later in the day I walked outside with Elway, when I knew nature was calling, and as soon as he started to pee I shoved the little plastic container under his belly and caught the stream, then turned loose of the dog, looked around praying none of our neighbors had seen me, and would think I'd lost my ever lovin' mind. BTW, I've never been so happy as I was today that our boy dog pees like a girl.

There you have it. Not only did I make the beds, do two loads of laundry, pay the bills, paint the basketball goal, and not shoot the painter who is here dealing with the picket fence. I also figured out how to get a urine specimen from a dog.

Who says you can't teach an old dog new tricks? The question is which one of us is the old dog...So the dog is fine, we don't know why he drinks buckets and buckets of water, but the vet suggested I bring in a specimen every three months. Of course he did because my life, it's nothing if not glamorous.

Need I Say More?
FORECAST FOR THIS WEEK:

There you have it, the answer to why we're moving south. And if this isn't enough, the comparison come January and February will be ridiculously depressing.

Name:
Girl Raised in the South

I have a deep, abiding love for full octane coffee, sewing, knitting, quilting, reading, cooking, gardening, God and my family - not in that order.


Fruit of the Spirit